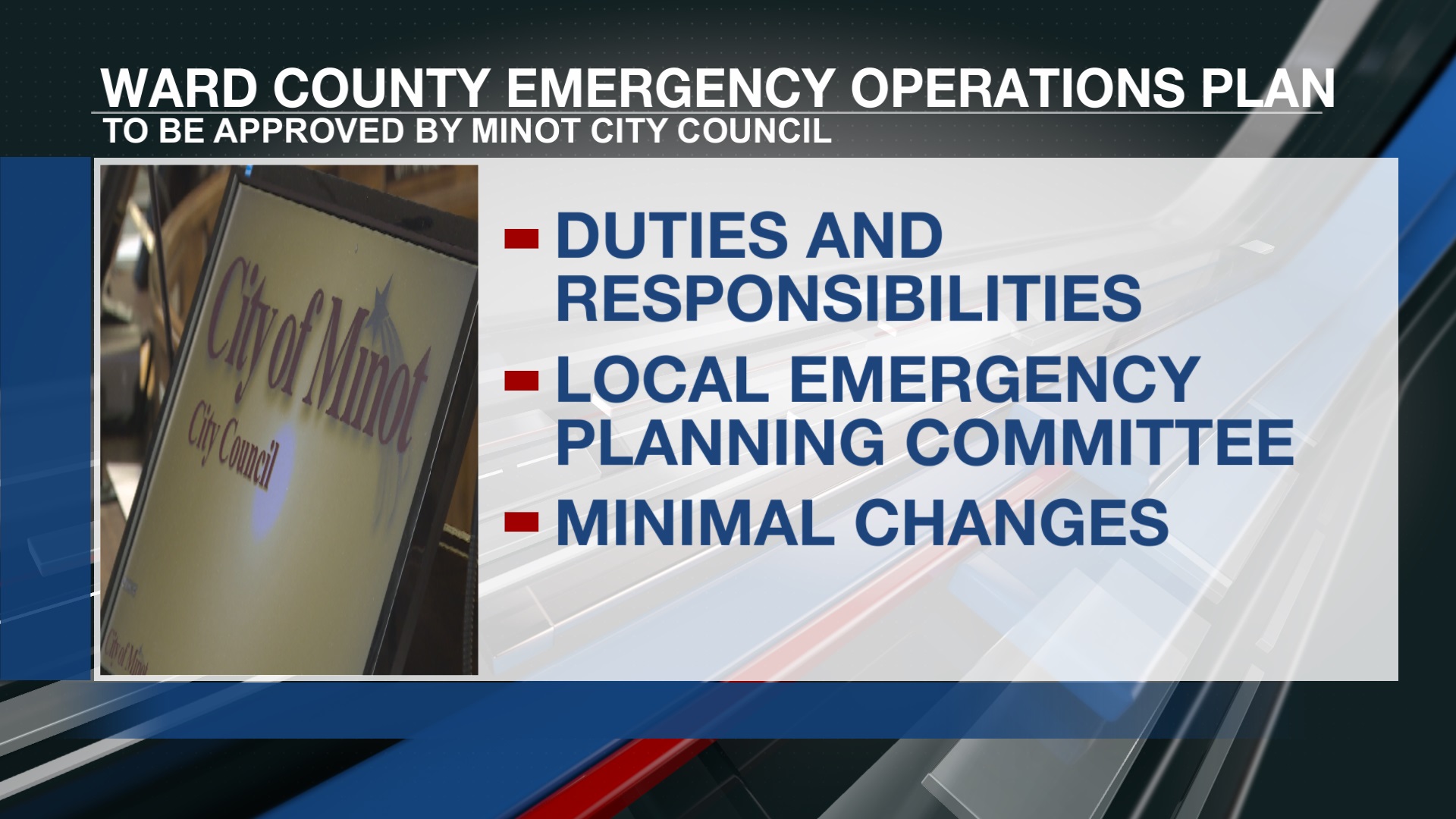 MINOT, N.D. – The Minot city council will vote on whether to approve the Ward County Emergency Operations Plan at Monday’s meeting.

The plan is used to explain the duties and responsibilities of the various county and city departments in times of emergency,

The Local Emergency Planning Committee which is made up of first responders in the county and other city officials helped develop the plan.

“We had a few changes from public works from the flood section from what was their responsibility versus what was the park district’s responsibility in terms of flooding, who does debris cleanup of trees and stuff in the park,” said Wiechmann.

Wiechmann said it is important to review those plans annually to make sure that it is up to date and current.