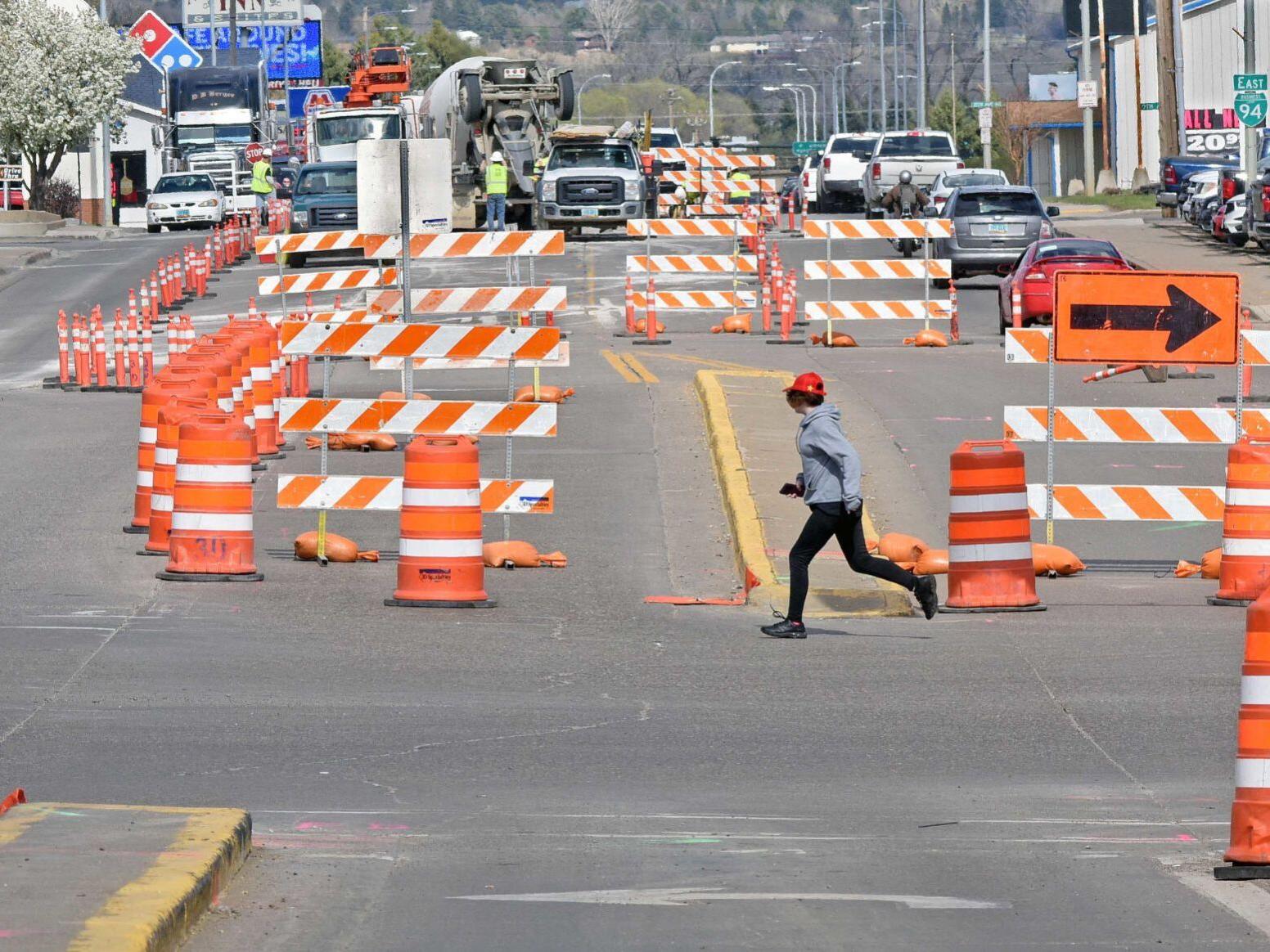 MANDAN, N.D. – Mandan’s Main Street is getting a face-lift this summer, and residents and visitors should expect traffic delays.

The $3.8 million project contains various components along different stretches of the roadway, including concrete repair, pedestrian crossings, and traffic light replacement and removals. The road also will be permanently reduced from four lanes to three from Collins Avenue to 10th Avenue Northwest. The project is being funded with federal and state grants.

Work started in April. The street will remain open during construction, though the number of traffic lanes might be reduced to two or three at times while the work is done. The project is projected to wrap up around Oct. 16.

The concrete repair will take place from Twin City Drive to Heart River Bridge, according to an update from the city. It’s expected to continue until at least the middle of the summer, City Engineer Justin Froseth said.

The concrete repair is a mobile operation, and each section takes 10-15 days to complete. Crews set up in a lane and remove and replace concrete, which then cures, before they move to the next spot. Froseth said the city has received some complaints about the delayed travel times caused by construction.

“We ask for patience from the public,” Froseth said. “Trips are going to take longer.”

Mandan Progress Organization Executive Director Dot Frank said that the roadwork should not affect the city’s summer events, including the Independence Day Parade, because streets are required to be open for them. But the project did prompt organizers of North Dakota Fallen Officers Memorial Parade on Thursday to shift the route from Main Street to Third Avenue Southeast and the Strip.