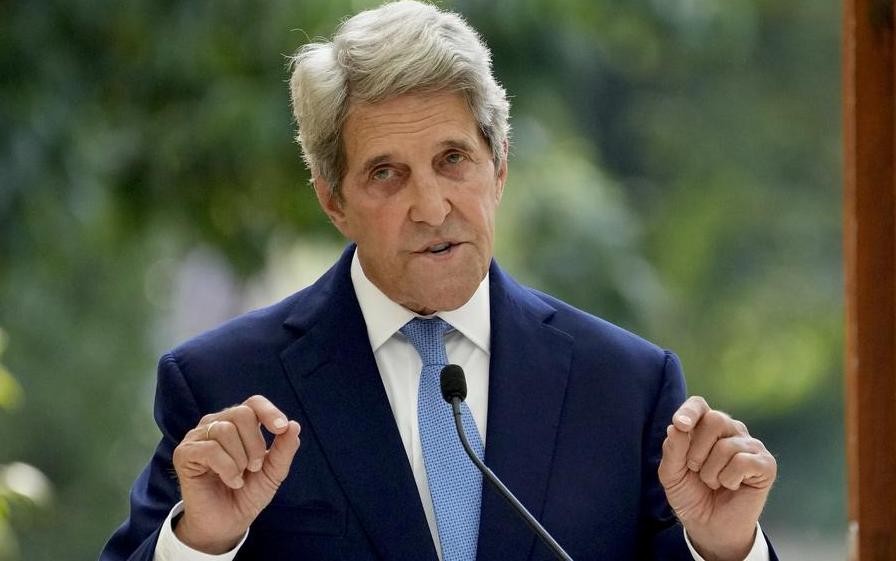 The Biden administration seeks to impose economy debilitating impediments on the United States under the rubric of “green energy” policies.

His ‘climate czar’ John Kerry, however, has bad news for those thinking that the United States abiding by the rejoined Paris Accords that push for ‘net zero’ emissions by 2050 will do much to slow temperature increases on the planet.

“But what we have to also be honest about now is the limits of what we engineer together,” Kerry said. “Because the fundamental truth of the Paris agreement is that even if every country fulfilled its initial promises, and many are falling short, even if everyone did what they said they would do in Paris, the temperature of this planet will still rise by upwards of 2.5 or 3 degrees Centigrade.”

“We’re already seeing dramatic consequences with 1.2 degrees,” he continued. “Imagine the doubling. To contemplate doubling that is to invite catastrophe. I’m not an exaggerator, I’m not an alarmist, but I do believe in science. Two and two is four. It’s still four, despite the fact that some politicians want you to debate whether or not it’s five and chew up all our time and energy. Since the years since Paris, the scientific community has now determined that even the agreements well below two degrees is not enough to stave off climate chaos.”

Most importantly: There is no guarantee that giving central planners control over the U.S. economy will even work, except to give the central planners more power, handicap the nation competitively, and enrich political allies of the Democratic Party.

China is the biggest polluter on the planet and is unlikely to abide by the Paris Accords. This will put the American economy at a further disadvantage, even as the U.S. has reduced its emissions over time with an essentially marketized economy.

One of the first actions of the Biden administration was to rejoin the Paris Peace Agreement and to cancel the permit for the Keystone XL pipeline. These are actions that would appear to benefit the non-complying Chinese regime, which experienced economic growth amid the global pandemic. It was the only major country to record economic growth in 2020. Its GDP reportedly rose 6.5% in the fourth quarter.

The Biden administration’s actions have hamstrung America’s ability to economically compete with China. As Daniel Turner succinctly put it in Real Clear Energy:

I’ve written here before about the great gift to China which is the entire Biden energy agenda. At the same time he will be watching Canada’s oil go to China, Biden will be buying Chinese wind and solar technologies with borrowed American tax dollars. Meanwhile, Russia will be selling its natural gas to Europe, while America will join the other eunuchs of the Paris Climate Accord to keep China and Russia laughing at all of us.

After early lockdowns from the Chinese government responding to the pandemic, air pollution levels eventually rose to pre-pandemic levels, Reuters reported in May 2020. In November, the head of the International Energy Agency Fatih Birol assessed that China’s CO2 emissions in 2020 would be higher than in 2019.

Compare the United States, which has steadily in the main cut its carbon dioxide levels and diversified its energy portfolio. Notably, the United States saw its greenhouse emissions continue to drop under the Trump administration. Inside Climate News noted the trends from 2005-2019.

“U.S. net emissions declined 12 percent from 2005 to 2017 due to a range of market- and policy-related factors,” the Center for Climate and Energy Solutions reported.

The United States’ carbon emissions dropped by 10% in 2020, due largely to the pandemic, CNN reported in January 2021. America’s market economy was thus a better steward of the environment than the communist Chinese.