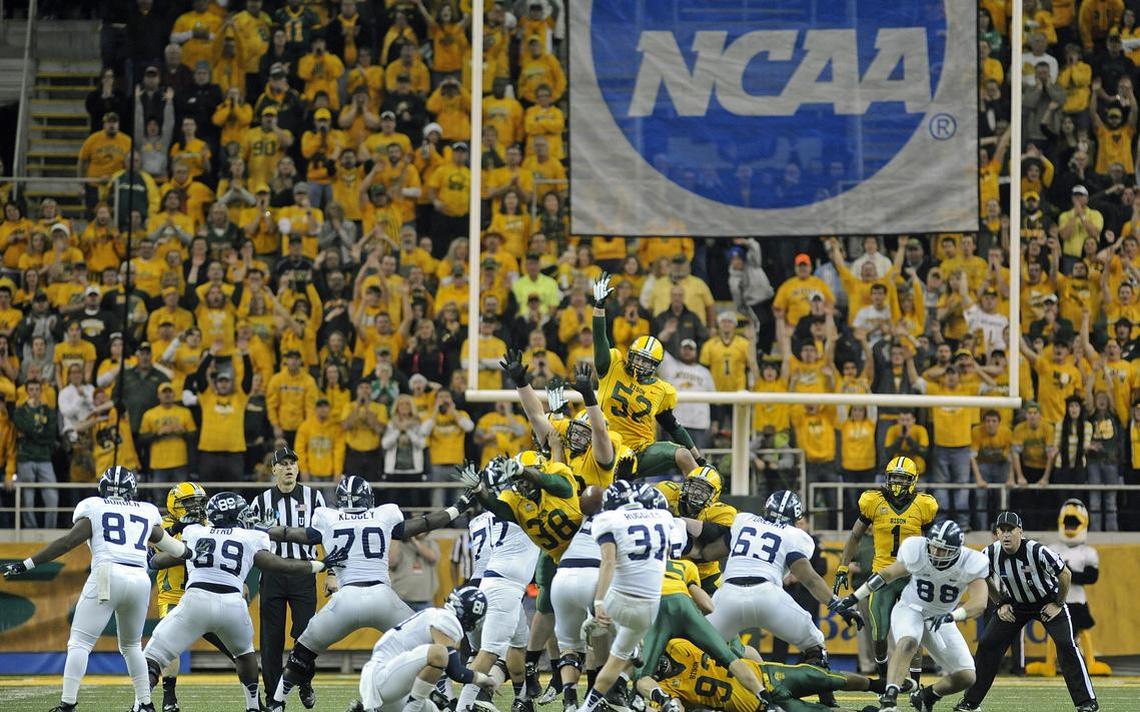 It’s been a busy week for me, what with the launch of my new live streaming show Plain Talk Live. It’s been a little bumpy on the technical side of things – of course my internet connection would go kaput on the first day, right? – but a whole lot of fun overall.

You’ll be able to catch the video of all my streams right here in my columns, but I’ll also be pushing the audio out on the Plain Talk podcast, so be sure to subscribe if that’s your jam.

Lots of great feedback this week. Remember, you can always reach me at [email protected] Any submissions I use may be edited for clarity and brevity.

Collin writes: “I read your article about the NCAA and large corporations and even sports leagues pressuring (bullying) the ND legislature and other political entities (i.e., Georgia) over legislation these organizations deem inappropriate. Apparently, they are threatening economic consequences. I have a question: “so how does it feel to be bullied?” I cannot imagine how difficult it would be to be a transgender teenager who wants to play sports in high school and face the ND Legislature. I can only imagine how a woman who has a difficult and monumental choice to consider an abortion must feel. These helpless people have no way to confront the bullies that the ND Legislature has become. Thank goodness for entities (NCAA, corporations, and sports leagues) who are willing and able to defend the people who have no one to look out for their rights. Kind of sucks to be bullied, don’t you think?”

In a Democratic society, bullying laws are always going to be with us, and what each of us perceives as bullying is going to vary. Collin doesn’t like legislation about transgender athletes. I’m not too fond of laws that force a baker to bake a cake.

My point in the column Collin is reacting to is that we’ve begun a scorched earth approach to disagreements over these things. It’s not enough to win or lose in the political arena, where the laws are made. The people on the other side must be hurt. Economically, sure, through boycotts and other activities (what an ugly thing to believe people in Georgia should lose their jobs because their elected leaders passed law progressives don’t like), but let’s not pretend like there haven’t been violent mobs breaking windows, setting things on fire, and killing people in recent years.

The ugly truth about bullies is that everyone loves them, as long as it’s their side doing the bullying.

Is it ok for a credit card processing company to deny service to a legally operated gun shop? Selling and buying guns is not only legal, but specifically protected by the constitution, but it’s a tough business to be in if you can’t take credit cards. What if a bank stopped doing business with a defense lawyer because he or she gives constitutionally guaranteed counsel to people accused of heinous crimes like child abuse? Are we ok with that too?

Private people, and the business entities they create, have a lot of latitude to make their own decisions, and I’d not take that away. What worries me is this delight so many have in our new corporate enforcers.

I don’t think this is going to end well for any of us.

Richard also responds to my NCAA column: “I think that our society is leading every governing body into a dangerous mindset that big money is going to fight enacted laws or make threats of constitutional amendments as in the case of legalizing recreational marijuana in ND. In my opinion, ND legislature is weak, and they need to step up for what is the common good, not what is in the best interests of corporations and people who don’t live in ND.”

Richard wrote this before the state Senate voted down a last-gasp effort to put the marijuana issue on the ballot. Now marijuana activists are, indeed, going to push legalization ballot measures of their own. We will almost certainly have more than one. But that’s not the sort of “bullying” I’m talking about. That’s just the process. The Legislature didn’t act, so now activists will use an avenue available to them to try and enact the law they want without the Legislature.

What’s not, again, is this feeling, popular among the howling populist mobs on social media, that a community or a state must be punished economically, if not through violent protests, for not passing what they view as the right laws.

Kevin writes in response to my column about Democratic-NPL chairwoman Kylie Oversen stepping down: “Just read your article about Kylie Oversen’s departure from the chair of the ND Dems. It seems that the Democrats can’t come up with some strong leadership that can convey a unified message and use it as a basis for promoting candidates and build on that. Have a central theme/message and continually use it until you have some success or falter and burn.”

Left-leaning political observers in our region like to work up a sweat trying to figure out why Democrats can’t win in North Dakota, and they’ve always got a lot of complicated and largely self-serving theories. My fellow columnist Mike Jacobs is a good example of this. He’s a thoughtful guy, but his recent endorsement of a theory about the “militarization of the Great Plains” leading our region to be more conservative was a real laugher. North Dakota’s military bases are important, and they bring a lot of wonderful people to our state. Still, I’m not convinced they have quite the social or political impact Jacobs and the author of the book he wrote about like to think.

Oversen will not go down in history as one of North Dakota’s great political minds, to be sure, but it’s fair to argue that the political trends in our state are bigger than her party or her leadership.

Jacobs and other left-leaning people will talk a lot of nonsense about supposed gerrymandering and the influence of the energy industry, blah, blah, blah, and it’s all to avoid a simple fact we can arrive at by applying Occam’s razor to the issue.

Democrats lose in North Dakota because, as a matter of both culture and policy, the Democratic movement has stopped caring about rural America.

Nowhere is that more visible than the unholy alliance between corporate CEOs and progressives when it comes to opposing policies – such as Georgia’s new voting laws – that rural Americans largely support.

But, if you’re a progressive, it’s easier to conclude that Republicans are cheating.

Dave writes, in response to the news that Coal Creek Station may have a new buyer: “Simple solution to the powerplant, the state can buy it like the state mill and use it to lower our electric bills in the future.”

I’ve written recently that North Dakota should “build a political moat” around coal-fired power, and as uncomfortable as that makes me as a conservative, I mean it. Politically-motivated manipulations of the energy and utility industries, and the havoc it’s wreaking when it comes to grid reliability and our utility bills, is how we got into this mess in the first place.

We are driving baseload coal power off the grid and, for the most part, replacing it with wind. Don’t believe me? Get a load of this chart, published in a recent blog post by Xcel Energy, which shows the change in the utility company’s energy mix from 2019 to 2020:

All of the baseload power sources – coal, natural gas, and nuclear, primarily – either shrank or stayed static.

Our federal government, along with our various state governments, need to stop manipulating the energy markets. But, since that’s unlikely given the prevailing political winds, North Dakota’s government will have to do its best to protect baseload coal power.

But we can stop short of a state-owned power plant.

Connie writes, in response to my column imploring North Dakota’s Republican leaders to campaign for vaccinations: “A big thank you for your article strongly encouraging all leadership, especially Republicans (where there is more hesitancy), to campaign for vaccinations to persuade the skeptics. This urgent health crisis affects all of our citizens. Die-hard Trump supporters need to know that he was vaccinated, and therefore, must feel it’s safe and effective (but why was he quiet about it, hmm?). This is a health issue which politics should never have influenced, but the damage has been done and will take a lot of effort to counteract.”

I’m not sure I’ll ever understand the hostility to vaccines from Trump supporters (or anyone else, for that matter). I can understand an individual who has specific health concerns refraining from vaccinations (please, talk to your doctors about it), but why the hostility?

The vaccines were developed under a Trump administration program, Operation Warp Speed. Trump himself was vaccinated, as Connie noted. But still, we have conspiracy theories about the vaccines?

Again, if you’re doubtful, don’t get advice from Facebook or Twitter or even erudite political columnists. Please make an appointment with your doctor and have a conversation about it. Those people who have not only medical degrees but also intimate and well-detailed knowledge of your personal health situation will almost certainly tell you to get vaccinated.