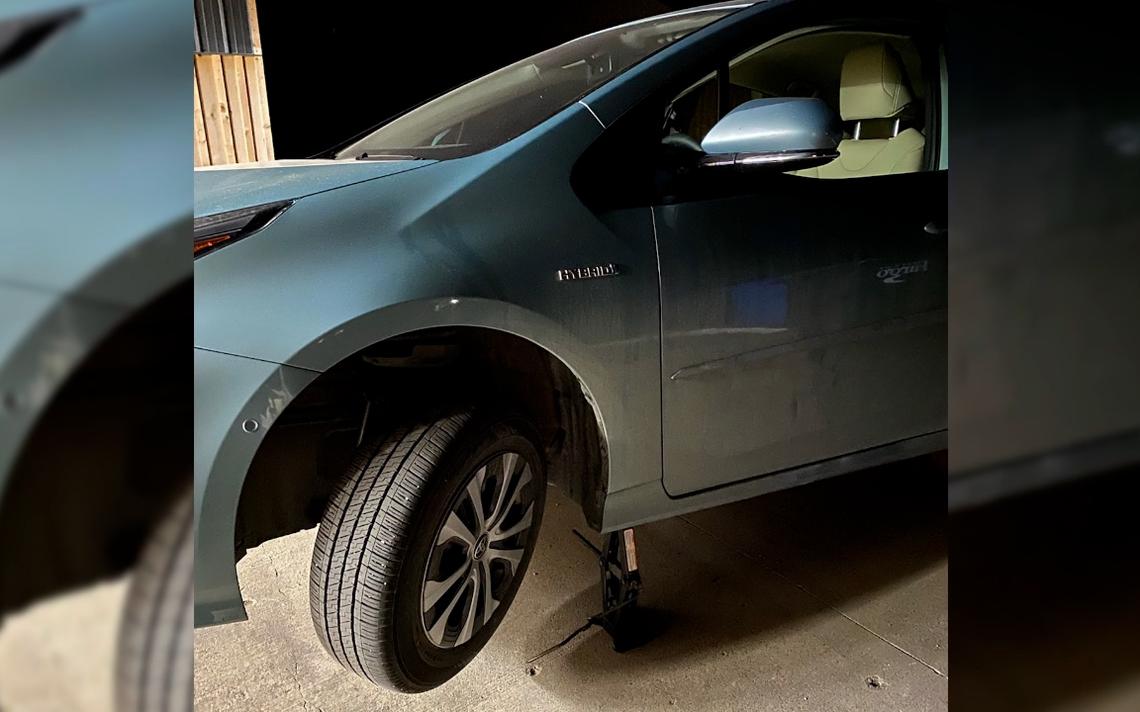 FARGO, N.D.— Tim and Lorene Mathern had been gone just a few hours after spending some Easter time with family over the weekend, but after returning home, they noticed something odd about their car in the driveway.

“We saw the car was off-kilter and at first we thought it was a flat tire, but Tim got out and saw the car was jacked up and right away, knew the catalytic converter was stolen,” said Lorene Mathern.

The family car, a Prius, was the target of the catalytic converter thieves. The Matherns believe the fact the car was left on a jack, may mean the thieves had to leave in a hurry.

“Being it was up on a jack yet, makes me think someone was interrupted, but they did get it off, it only takes a minute,” Lorene Mathern said.

Sen. Tim Mathern, drove the car back to Bismarck for the legislative session Monday, April 5, but its not just homeowners who are victims.

Hazer Auto Parts has been around since the 1960’s and has a separate lot for do-it-yourself work, where people can come out and pull a part, then pay for it. However, they no longer allow power tools, because people were stealing catalytic converters from the junkyard.

“After we realized they were going through our gates and stealing our catalytic converters, we had to remove 50 to 100 of our converters from cars in the lot,” said Jeremy Nelson, a late-model salvage buyer for the scrapyard.

Eligibility is Expanded for Covid-19 Vaccinations at Veterans Affairs

37 New Covid Cases and No New Deaths In North Dakota