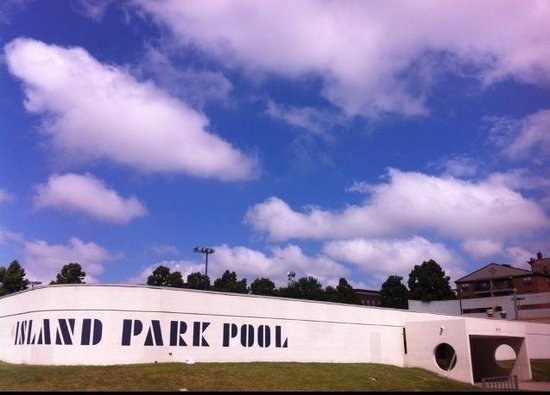 FARGO, N.D. –  — The Fargo Park Board is welcoming input after three options with estimated price tags have been revealed for a renovated Island Park pool planned for downtown.

One option is to keep the pool layout as-is with replacement of the pools and bathhouse, while the other two options offer more of a water park atmosphere.

The first reconstruction option calls for replacing the bathhouse, 50-meter lap and recreational pool, diving platform area and wading pool at a cost of $12.5 million.

The second option would add two water slide features and a zero entry, or walk-in, pool with additional play features at a cost of $14.3 million.

The third option adds on a lazy river with an attached tube slide for a total cost of $15.3 million.

Reactions to the options by the park board were mixed, although a survey last year with some 2,500 responses from city residents found 66% favored the lazy river, with the diving platform at 54%, lap pool at 52% and water slides at 52%.

The iconic wall on the north side of the pool, left over from an earlier hockey arena at the site, is also favored by most to be incorporated into any new design, according to Park District Recreation Director Kevin Boe.

Commissioners said they would welcome more input from residents in the next few weeks as a final decision on the design could be made at the next meeting in May. That would allow demolition to begin after this year’s swimming season with construction of the new pool next year.

Park Board Commissioners Jerry Rostad and Dawn Morgan, however, wondered at the board meeting this past week if the serene atmosphere of the park would change with the addition of the water park and its features.

Rostad also voiced concern about parking, while Morgan said she would like to see more green space in the plan.

Commissioner Joe Deutsch said he understood the desire for more water park features as well as the more serene nature of the park.

“It’s tough,” he said about the choices, but the option to add water park features likely wouldn’t come around again for many years at any of the city’s four pools.

Commissioners also asked about how many more lifeguards would be needed with the added features.

Dave Klundt, the district’s events and aquatics manager, said it would be about seven or eight more staff with the lazy river and water slide features and about four more if only the water slide was added. He said recruiting and retaining lifeguards has been going OK, with the staff getting younger.

When Klundt was asked what option he favors, he said it would be for the water park atmosphere. Others in the park district administration echoed those preferences.

He said the Island Park pool design is from decades ago, and by adding the features such as the slides and lazy river it would be more of a modernized area.

In a letter to the board, Klundt said they could increase revenue with the more elaborate designs by having a properly planned concession stand and adding rentable spaces for parties and gatherings.

Park District Executive Dave Leker said adding the extra amenities would be worth the extra cost.

“I think you would get a better bang for your buck,” he said.

ND ready for next phase of vaccination effort