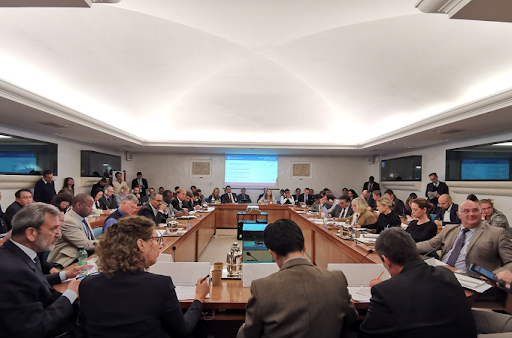 MINOT, N.D. – The Minot City Council approved a motion Monday to extend the professional services agreement with Minot Area Chamber EDC, but not before some debate on the matter.

The agreement will allow for the continuation of economic development services through the remainder of 2021.

As a part of that, the city will contribute $328,500, and one-fourth has already been accounted for and paid to the organization.

The approval was passed with one amendment which included adding 11 strategic initiatives in the contract.

But some council members, including Alderwoman Carrie Evans, still thought the contract needed to list clearer objectives and outlines for how the money will be spent.

“I think there probably is a very good list of specific measurable outcomes. They’re not here, and so I am very concerned about voting and approving this expenditure without those included,” said Evans.

Jonn Knecht with the organization said the newly-merged Minot Area Chamber of Commerce and Development Corporation recently adopted their initiatives for the year some of which may take longer to complete.

“In our infancy, we will get to a point of larger-scale strategic planning, but we will need to do that, but we have adopted 11 strategic initiatives that our board and organization are working on,” said Knecht.

The ‘Too Much Paperwork’ Argument Against Political Transparency Is a Farce