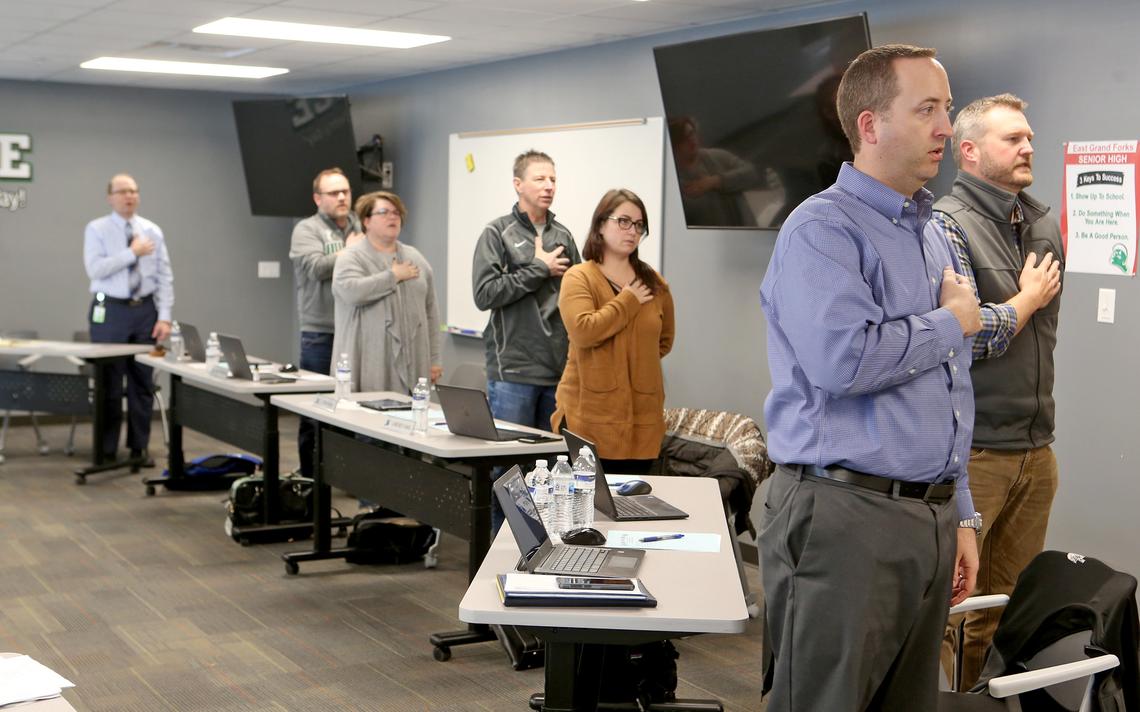 MINOT, N.D. — There is a not-great trend in North Dakota governing circles that has to do with the use of consultants.

If you’re a public leader, why make decisions on anything from policy to hiring when you can pay thousands and thousands of dollars worth of other people’s money to a consultant to find the answers for you?

That’s bad enough on its own in that it insulates our elected leaders from responsibility for their decisions. Make bad policy? Hire the wrong person? Blame the consultant.

But sometimes consultants stand to benefit from the policy decisions they help craft in more ways than the payments for their services.

Case in point, the troubling manner in which the Grand Forks School Board has used a consultant in the process toward a proposed $86 million bond referendum aimed at building a new K-8 school and other infrastructure improvements in the district.

I’m agnostic about the referendum itself, but the way the school board went about proposing it stinks to high heaven.

Back in January, district superintendent Terry Brenner signed a contract with the consulting form Unesco (also known as SitelogIQ) to help the district determine the “right direction forward” on the referendum.

Problem is, Unesco/SitelogIQ also wants to be involved in the building process for the school if approved.

You’re reading that right. The Grand Forks School District hired a consultant engaged in the business of building schools to decide whether or not to build a school. Which is a bit like asking a hammer whether something needs to get nailed.

On April 3, Tom Weber, a senior business consultant for Unesco/SitelogIQ, sent an email to members of the school district’s public facilities task force informing them of a “vote yes” committee meeting. It was clear, from both the email and the materials presented at the meeting, that Unesco/SitelogIQ would be running the campaign. One of the slides even featured a QR code that allowed users to join a Facebook group managed by Unesco/SitelogIQ employees.

Readers in Grand Forks reached out to me about this situation, wondering if such a meeting was covered by the state’s open meeting laws.

It very well could be, and that would be problematic for a couple of reasons, not the least being that in North Dakota, it is illegal for public dollars to be spent on political activities, which include opposing or supporting ballot questions.

Weber makes reference to this in his April 3 email, writing that the school district “is legally obligated to provide information about the referendum but can NOT advocate for passing the referendum.”

Shouldn’t that prohibition on using tax dollars for political campaigns extend to consultants paid for by the school district issuing a referendum?

It could be argued that Unesco/SitelogIQ isn’t technically being paid by the school district anymore. Their pre-referendum work is already done, after all, and while the company clearly hopes to get the post-referendum contract to build the school (they’re already participating in “pre-design” meetings), we don’t yet know if there will be a contract to get.

So, perhaps this is all legal, but is it ethical?

Is it ethical for a school board to investigate the question of building a new school by hiring, as a consultant, a company that builds schools?

Is it ethical for that company, which got a taxpayer-funded contract to develop a referendum, to skirt legal prohibitions on the use of public dollars to campaign for or against referendums?

Is it ethical for the consultant which developed the referendum to then be in the running for the building and design contract funded by that referendum?

The Grand Forks School Board, and Superintendent Brenner, have handled this situation poorly, though in one way they’ve done us a favor.

They’ve illustrated a need for a law prohibiting companies who do pre-referendum consulting work from consideration for the contracts resulting from that referendum.