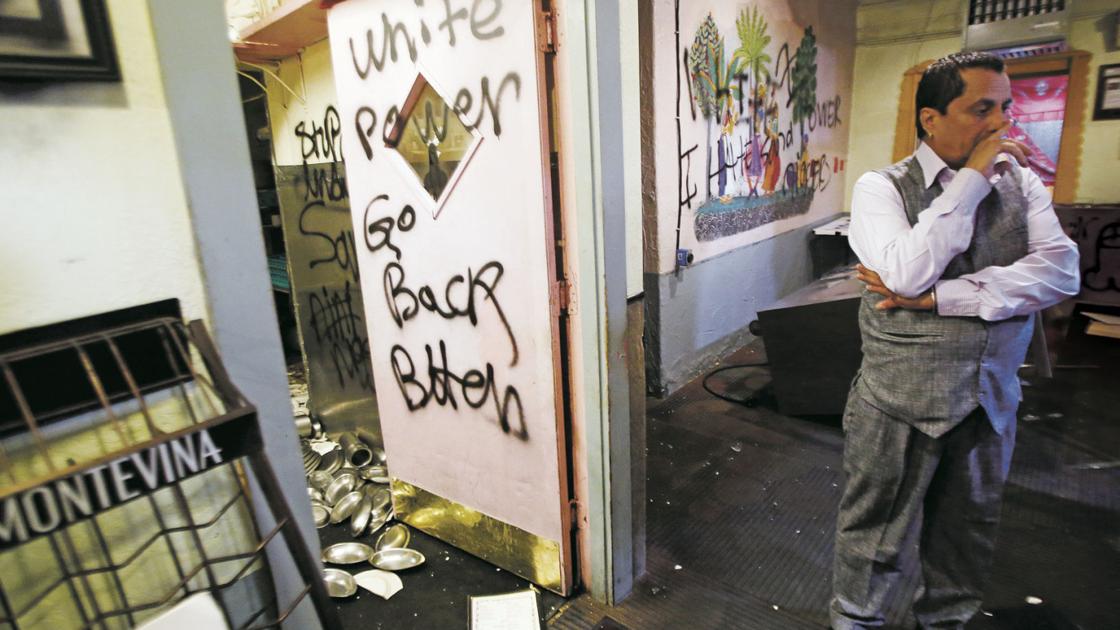 A mosque, the Moorhead Fargo Islamic Community Center, was vandalized with spray-painted racial slurs, bigoted statements, and allusions to Nazism.

A 22-year-old Dickinson man has been arrested for the crime, thanks to the detective work of a Walmart loss prevention expert, and according to court filings he apparently told law enforcement officers the vandalism was “a joke.”

It’s a “joke” that will likely change the trajectory of the rest of his life once he’s made his way through the criminal justice system.

The community response to the vandalism was, in a word, wonderful. Hundreds of people, many of them not affiliated with the mosque or the Muslim community, showed up to clean up the vandalism and express support for their neighbors. Unfortunately, while the vandalism itself made national headlines, the coverage of the cleanup response was more muted.

One type of story just gets more attention than the other, which is a ringing indictment of our news reading preferences, but I digress.

What you may not know, since it got far less attention, is that another religious building was vandalized across the Red River in Fargo just days before the mosque was besmirched.

On April 20, a statue of Jesus in front of St. Mary’s Cathedral in downtown Fargo was also vandalized with paint. Someone painted the face black, which some have chosen to interpret on some sort of commentary on the traditional portrayals of Jesus by western Christians as a white man with northern European features, but that may be giving the idiot(s) responsible too much credit for creativity.

(By the way, most societies tend to reshape portrayals of religious icons to fit their racial and cultural identities. Artistic representations of the Buddah in Japan are notably different from those in, say, India. Chinese depictions of Jesus have him looking decidedly…Chinese.)

The vandalism at St. Mary’s was, admittedly, not as extensive as that which was afflicted in Moorhead, but does that fully explain the disparity of community response?

No crowds showed up to clean the statue. The media coverage of the vandalism was far less extensive.

This wasn’t the first time a Catholic church in Fargo has been targeted for vandalism, either. In 2018 a statue of the Virgin Mary in front of St. Anthony of Padua church was decapitated. In 2013, vandals broke into that same church and broke windows and ripped up cabinets.

I point these things out not to argue that there was anything untoward about the community response to what happened to the Moorhead mosque. I wish it hadn’t been necessary, but if there can ever be a silver lining to an expression of hatred, it’s that it gives the rest of an opportunity to unite in opposition.

Also, I’m an atheist and have expressed plenty of frustration with the various dogmas of both Catholicism and Islam, which is my way of saying that I don’t really have a dog in this fight.

If we care about freedom of religion, we must support it for all religions.

If we care about opposing bigotry and hatred, we must fight it in all of its forms.

COVID-19 State of Emergency is lifted in North Dakota